WARNING - This site is for adults only!

HOLLYWOOD - Fresh off the release of their 1st ever DVD titled MEN, See HIM Fuck is back at it with a new DVD titled MEN 2. Directed by Johnny Robins, the second installment in the “Focused On HIM” series features Brickzilla 📏➕☝🏾 with Natalie Porkman,Criss Simon with Kyler Quinn, Louie Smalls with Blair Underwood, and Ridge Crix with Jenifer Jane.

CLICK HERE TO CHECK OUT THE NEW
SEE HIM FUCK DVD: MEN 2 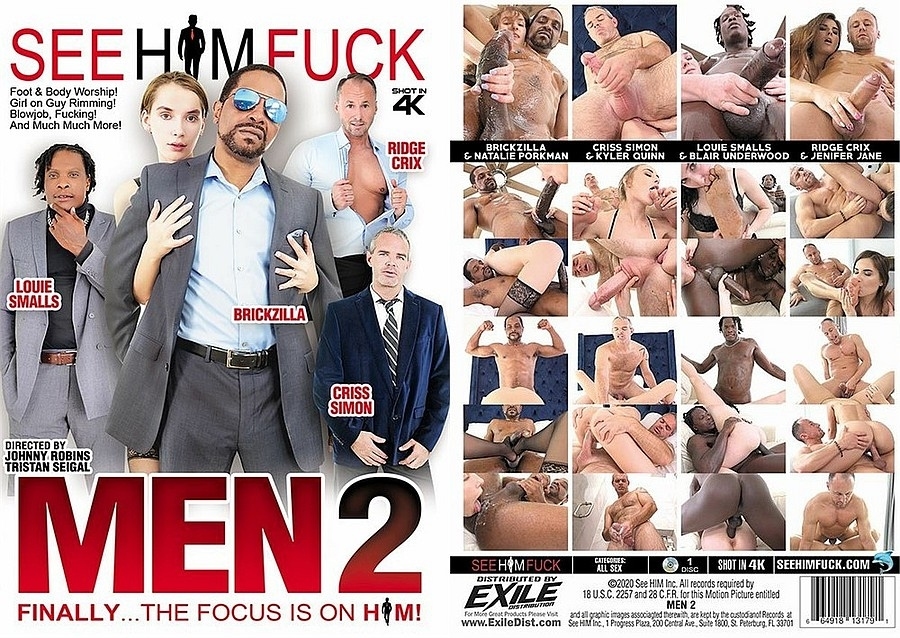 Here's what you need to know about Hussie Pass:

Our goal is to release SIX NEW EXCLUSIVE scenes each month:

Every SATURDAY and On WEDNESDAY After The 1st & 3rd Tuesday of Each Month:
A Behind The Scenes* video from the scene that was released the day before that contains:
- Video with 1080p, 720p & 480p versions available to stream and/or download
- VidCaps taken directly from the 1080p video available to view and/or download via zip file
* Not all scenes have a BTS video

To date, we have 590+ total scenes spanning 105+ Categories/Tags, including 285+ shot in glorious 4K and 195+ Behind The Scenes movies from our shoots.

First and foremost, for questions/problems with the Hussie Pass website, please email our Support Department at support@hussiepass.com and we will get back to you within 12 hours (but usually sooner). Also, we LOVE feedback!

WHAT YOU WON'T FIND ON HUSSIE PASS 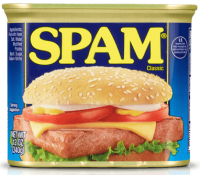 Here at Hussie Pass, we feel that our members paid for our content and nothing else. This is why:
1 - There are ZERO banners or advertisements or pop-ups or redirects or anything shady on the entire website.
2 - The only email that you'll ever get from us will be related to Hussie Pass. We will NOT fill your Inbox with offers for other websites, nor will we EVER sell your email address to a 3rd party.

We do all this because everyone here personally HATES all that crap. We want everyone that visits Hussie Pass to have a safe, enjoyable, and hassle-free experience.

HOLLYWOOD - See HIM Fuck is back with their second DVD, this time focusing on some of the young studs who have shot for the site. Young Men stars Daddy JM, Dashing Frankenstein aka D Frank, Oliver Flynn and Lil D, each of which was given the rare opportunity to do a scene where the camera focused on them rather than their prettier counterparts.

Lil D is fresh out of his teens and Athena not much older, but that doesn't mean they don't have the experience to pull off this man-focused spectacle. Athena is all the more unassuming thanks to her brace-faced innocent appearance, but that girl knows how to please a man. She's a foot worship enthusiast and she plays a rusty trombone with incredible skill. She does her best to deep throat, Lil D, but no luck – he's too big. When Lil D takes a run at her pussy, that's a different story.

A-list cocksman Oliver is next to go and he gets lucky with Alice. This was actually the scene that started it all when SeeHimFuck.com went live on Feb. 16. It was quite a risk to put the cameras on the guys as the pretty women toured their way around the men's bodies, but it worked from the get-go. Oliver was a natural for a project like this and Alice discovered that she doesn't mind getting second billing so long as she gets to have her fun.

CLICK HERE TO CHECK OUT THE
SEE HIM FUCK DVD: YOUNG MEN 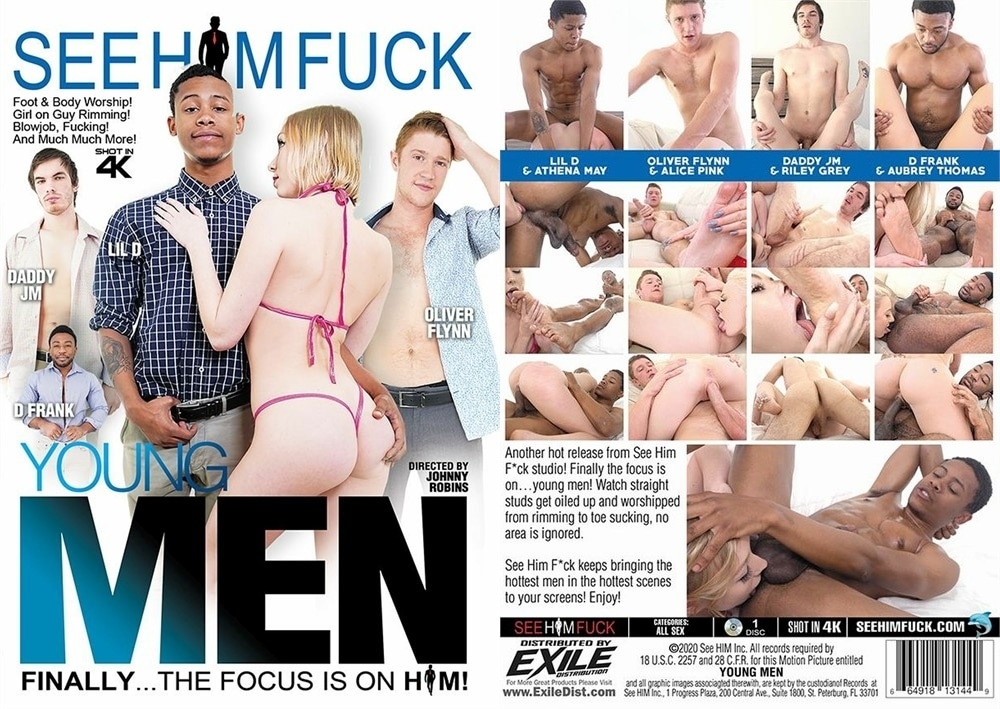 All-Star Lineup Makes a Great Impression for this Disc Debut

HOLLYWOOD - See HIM Fuck has racked up some amazing scenes since debuting this year and a new DVD - the first from the company - and will surely work to bring more viewers to the male-focused site.

It's an astonishing lineup for both genders. For the ladies, MEN features Kyler Quinn, Natalie Brooks, Scarlett Fall and Tori Montana. The lucky fellows are Jax Slayher, Charles Dera, Juan Largo and Jmac. The concept for the yet-uninitiated is that in a SHF scene the camera is focused on the guy, as is the scene's pleasure. It's a reverse from most of the scenes, when guys can be on-camera for 40 minutes and you don't even know who he is unless you recognize his cock since the camera is always on the ladies.

Not with See HIM Fuck. The camera captures angles where you can see the guy at work/play and the ladies know going in it's going to be a day of man-pleasuring. They will rim, suck on toes and feet, do whatever it takes to make that man damn happy. And it turns out both parties quite enjoy mixing it up like this and the viewers have certainly taken to the turnabout.

“I knew we had to get DVDs out as soon as we could,” SHF co-founder Riley Reynolds said. “We were supposed to release this in April but... COVID, so we are way ahead for the upcoming DVDs. Young Men Vol 1 is next. It think they are a great opportunity to introduce the brand to a new market. There are a lot of people who don't even know they want this kind of content until they see it, so this should help get them on board.”

Here is a breakdown of the new DVD, which is in stores now:

The Dera-Brooks matchup was one of SHF's earliest scenes and Dera brought both his personality and his prowess to this hot matchup. He started things off with a lot of shit-talking and dame demands, and Natalie pulled it all off and more. As he says after the scene, “Most women want a dominant man, and most men want a submissive woman.” They certainly both played those rolls here!

Jax comes in ready for the dirty talk and aiming to be pleased. Lucky he's set up with Tori, who enjoys his foul mouth and is ready to make a guy very happy. He shows off his gym-sculpted body and it fuels Tori's desire.  Jax doesn't get lazy about things, he takes full advantage of this opportunity to show how he works his magic and proves there's more to it than being ridiculously hung.

CLICK HERE TO CHECK OUT THE
SEE HIM FUCK DVD: MEN 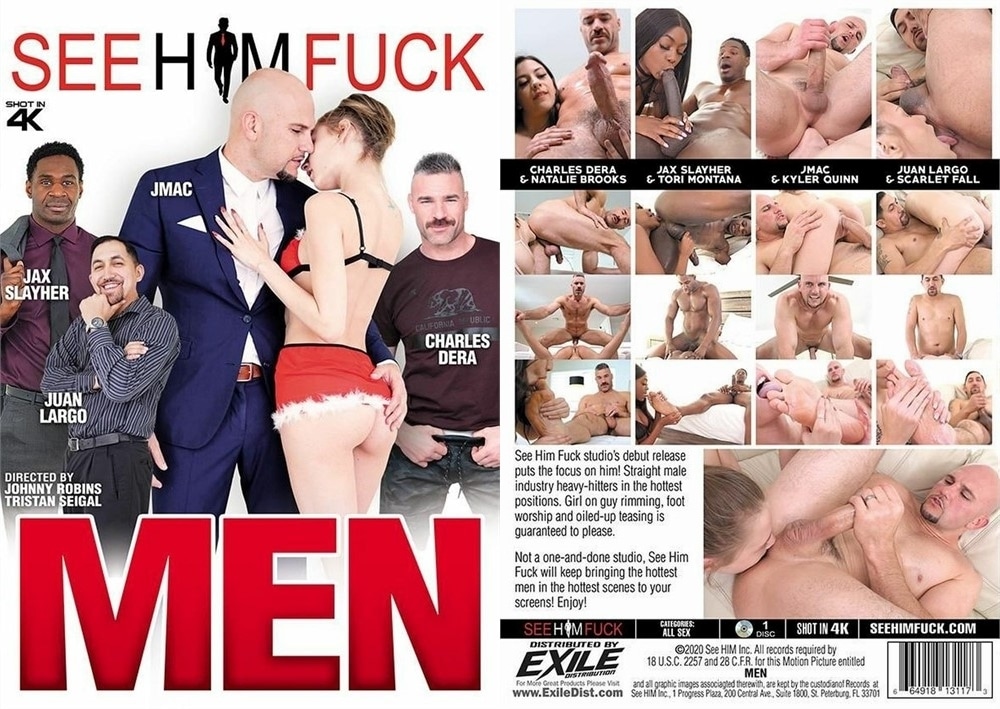